Opened in 1996, the Amsterdam ArenA, home to AFC Ajax, one of Europe’s leading football clubs, is a world class stadium. Features such as its retractable roof, award winning turf, central location, and fast fluid easy access by public transport has seen it become the preferred venue for the Dutch national football team’s international fixtures. To that list of features can now be added a first class concert standard audio system. The investment in a complete new stadium scale audio system underlines two key drivers for large scale venues as a whole:

RH Consulting provided advice to Amsterdam ArenA on a new solution. The client had a clear vision of seeing audiences visit more frequently and remaining on site longer when they do. This provides additional benefits and increased revenues. Following almost two years of research, bidding, proposals and presentation, the installation contract was signed on 24th June 2016, on the day Coldplay staged a concert at the ArenA as part of their ‘Head Full of Dreams’ world tour. 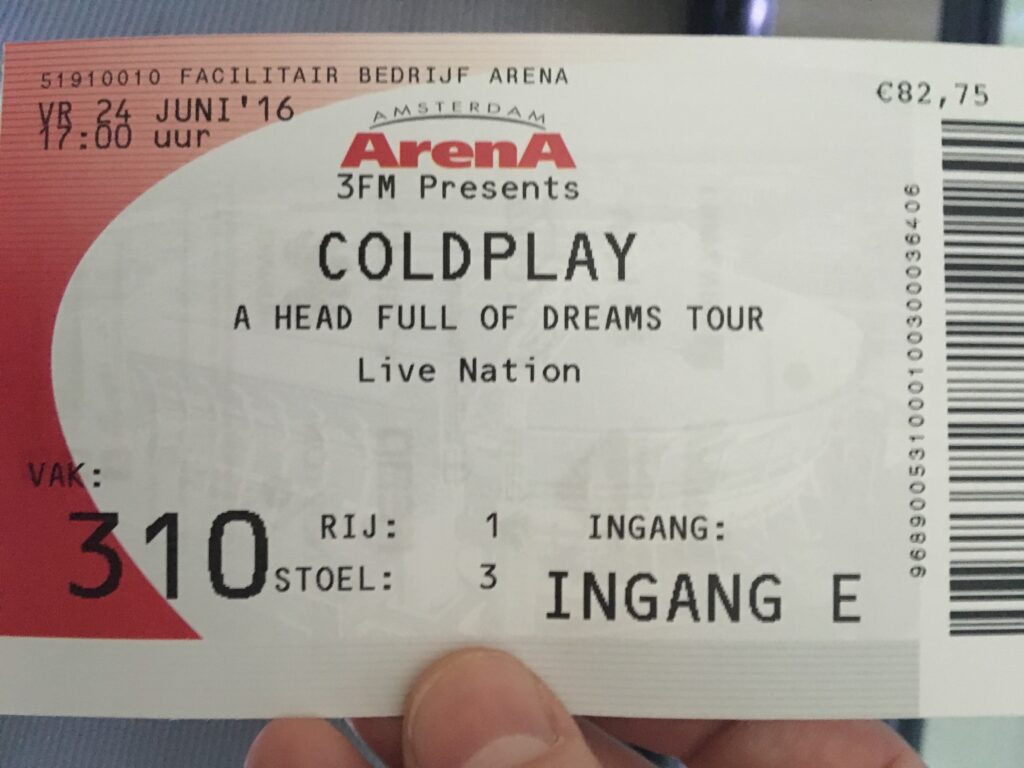 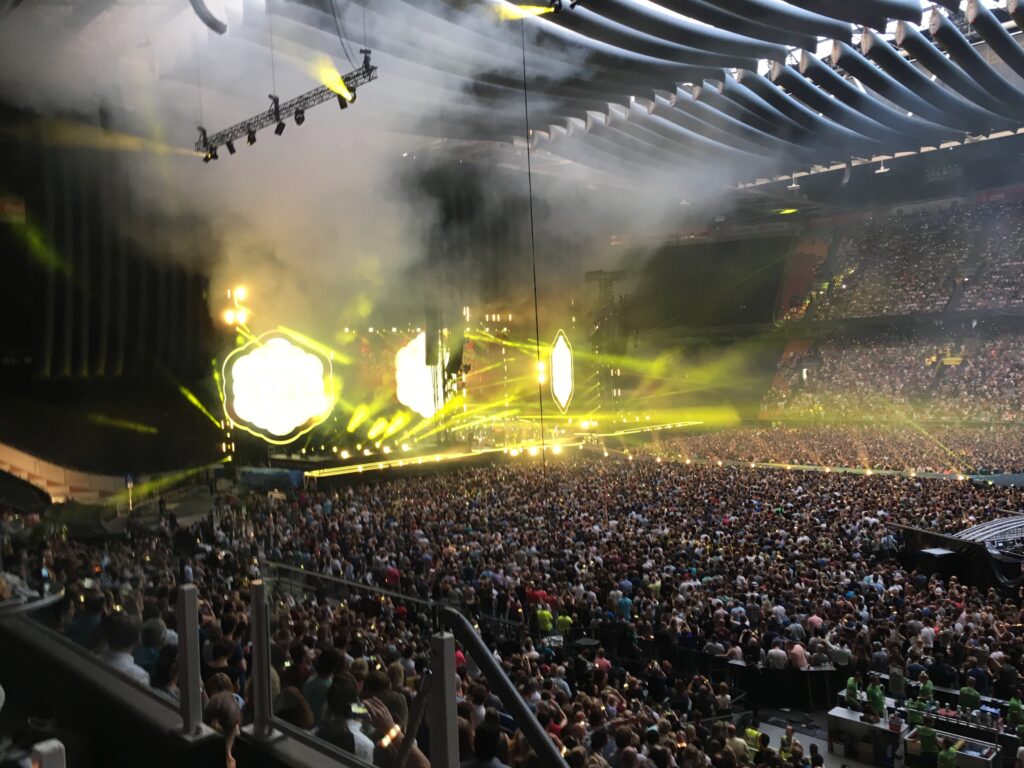 When Martin Wielaart, Head of Technology at the ArenA and his Production Manager Tim Oosterop began investigating the potential benefits of a new audio system, they had three main objectives.

To address the requirements of safety and conformity, the ArenA engaged the services of RH Consulting. “We were brought in to provide advice on two issues,” explains Roland Hemming of RHC. “The ArenA management were understandably unsure about compliance; the EN54 standard is a confusing subject at best.” (Roland has been on the EN54 committee for three years, and is the only independent member.) “So, initially we created a specification document to cover both performance of the system and compliance with the regulations, including Dutch national regulations. The document was written in a manner suitable to a project as large and complex as this venue. We created three versions:

1. for the local safety authorities
2. for the bidders so they knew how to comply
3. for FIFA and UEFA.

FIFA and UEFA have defined performance standards. Unfortunately, these standards are unrealistic. They are written by someone who understands the desired aspirational target, but when you examine the wording closely, it soon becomes apparent that it is impossible to achieve. So we interpreted these regulations in such a way that bidders could reasonably aim for them.”

“The second issue was to help the ArenA choose their preferred loudspeaker system. I should say at this point that Martin Wielaart and the ArenA team are a very knowledgeable client when it comes to technology. They have an intimate knowledge of audio and have spent the past two decades building up that understanding.”

“Having RH Consulting in this role, especially though the regulatory process, was very reassuring,” Oosterop confirms. “Achieving that, and so easily and smoothly, was significant. It was also important for all the various bidders, so they could all aim for a common standard, rather than their own interpretation of the regulations. Frankly, interpretation of regulations can lead to wild variations in the bidding contents; RH Consulting brought uniformity to the process.”

Oosterop sees the needs of attracting concert tours as central. “It’s no longer the case that shows of stadium stature just turn up, bring in their systems, then leave. They now find that if they take the time they can achieve unheard of levels of quality and listening experience for all their concert goers. For us that meant it was important to have an installed audio system from a brand-name that is recognised as superior by the touring industry.”

Oosterop continues: “All the money the ArenA makes goes back into the building; as much as 90% is reinvested and has been for the past ten to fifteen years. The aim has always been to be the best football stadium in the Netherlands, if not Europe. Part of that aim is to make the venue attractive to event organisers, not just for sporting, but also concert shows and events. This has been achieved; U2 has just confirmed they will perform their 30th anniversary ‘Joshua Tree’ concert at the ArenA this summer.”

“The quality of the new system was not just a few steps up in terms of sonic delivery; there are other benefits, not least massive savings in power consumption.”

“The new d&b solution can be off when not in use. At any time, 24 hours a day, 365 days a year, if you hit the Evacuation button, the system responds in half a second. Not only that, for smaller events where perhaps just part of the stadium is in use, the system is zoned, so we have default programmes within the Evacuation control customised for us and we can move people out zone by zone. Obviously, the big saving for us is in not having the system on all the time, but we also find that not only is sound improved throughout the venue, but power consumed during events is lessened. Audio power consumption has been reduced by 85%. That is a huge financial saving as well as a great environmental result. One of the ArenA’s aims is to be carbon neutral; we already have solar panels and wind turbines in place. Now we are one step closer.

Tim Oosterop explains: “Like our LED screens, or escalators up to the second tier, investment in audio doesn’t translate directly into revenue, but it does see the audience come earlier and stay longer. If they’re here that’s good for revenue, and it means making best use of the facilities. Ajax already has its own video production department and puts a lot of work into the pre-show environment. Entertainment is a key component for them and quality audio is a big part of delivering that experience.”

Roland comments: “Along with another one of our recent projects, Derby County, these systems are a level above anything else in Europe. For intelligibility most stadiums creep by at 0.5 STI, the ArenA is 0.57-0.58 STI and, the smaller Derby County is even higher.

If people are genuinely interested, then they should go and listen to both. It is a different level from what has previously been achieved. You’ll hear the difference and your spectators will too.” 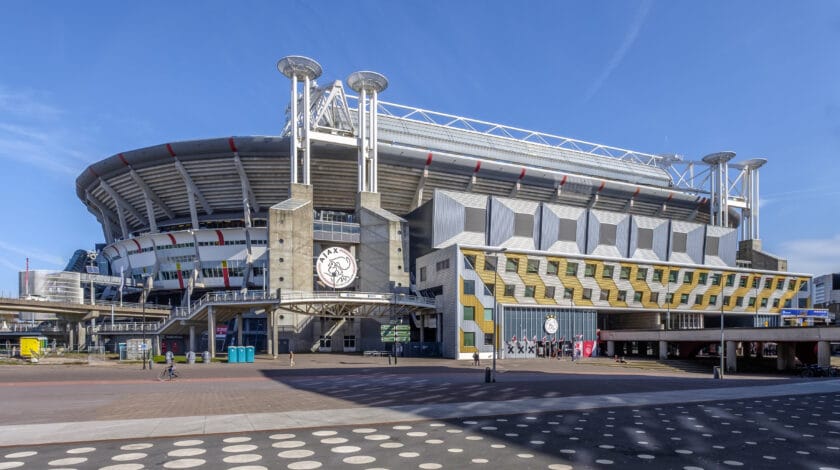 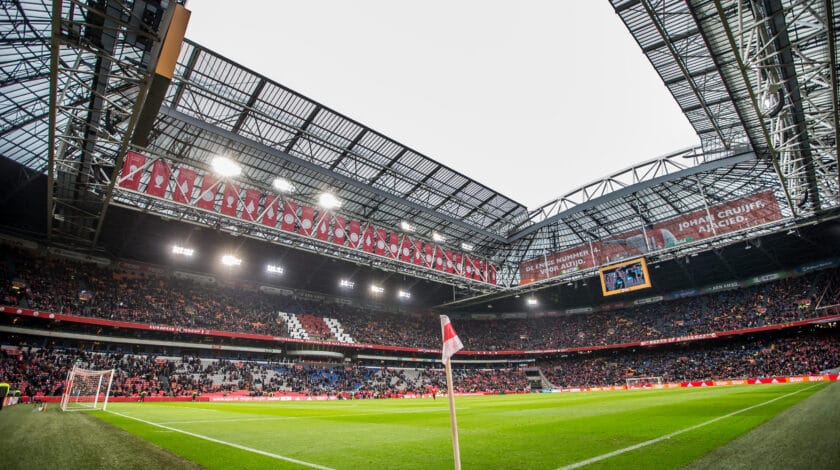